To share your memory on the wall of Anita Fournier, sign in using one of the following options:

She was born on June 3, 1930 in Callander, ON to the late Jean Auger and to the late Alberthe Moreau. Mrs Fournier is survived by her loving daughters Sheila (Jack) Lavigne and by Joyce McGuiney (Edward Shipinkas); cherished grandchildren Michelle (Ryan), Deanna (Dale) of Ontario, Chris, Magan (Graham) and Bryony (Craig) all of British Columbia and great-grandmother of seven great-grandchildren. Mrs Fournier is also survived by her siblings Betty Gauvreau, Carmen Ewin, Rosanna McCourt; her sister-in-law Fern McGuiney as well as many nieces, nephews and extended family members.

She is predeceased by her parents; her first husband Michael McGuiney; her second husband Victor Fournier; her son Dale McGuiney (2020) and by her siblings Irene McCart and Homer Auger.

In keeping with Mrs Fournier's wishes, cremation has taken place at Lakeview Crematorium, Haileybury. Interment of Mrs Fournier's ashes will take place with her husband Michael in Arnprior at a later date. As an expression of sympathy, memorial contributions can be made to the Temiskaming Hospital Foundation or to the Canadian Cancer Society. Condolences may be left at www.buffamleveille.com.
Read Less

We encourage you to share your most beloved memories of Anita here, so that the family and other loved ones can always see it. You can upload cherished photographs, or share your favorite stories, and can even comment on those shared by others.

Posted May 21, 2021 at 08:06pm
Sending to all the family deepest condolences for the loss of your loved one. Ronnie and Debra Kitts
Comment Share
Share via:
DA

Our condolences to Sheila & Jack Joyce & Ed and all of the family at this sad time. Your mom was a very nice lady and will be missed by all of you and her sisters and many friends and relatives. Our thoughts are with you at this difficult time. Dorothy & Brian Adams 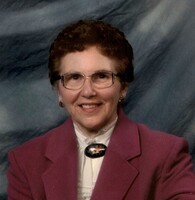