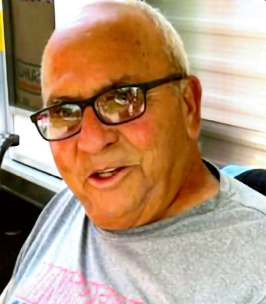 With sadness the family announces the passing of Mr Gaetan Plouffe at the age of 78 years. Mr Pouffe died at the Temiskaming Hospital on Monday September 6, 2022 with his loving family by his side.

He was born at Latulipe, Qc on August 9, 1944 to the late Germain Plouffe and to the late Rose Desneiges Fleury. Mr Plouffe worked in the mines since the age of 17 years. After his retirement he found more time to do the things he loved such as camping, fishing, hunting and enjoying the great Northern Ontario outdoors. He was a practical joker always teasing and being the light of the party. Mr Plouffe was a leader earning the respect of his coworkers and friends alike. He was always there to help anyone at anytime. He was a Third Degree member of Chevaliers de Colomb de Haileybury, Conseil Fatima 1398. Mr Plouffe was a family man and enjoyed anytime spent with his family, but his greatest love was his wife of 59 years, Patricia. He was a loving son, husband, father, brother, uncle and friend. His jovial and warm personality will be greatly missed by all those fortunate enough to have known him.

Mr Plouffe is predeceased by his parents and by his siblings Riel (late Linda) Plouffe, Marion Plouffe and Huguette Grant. He is survived by his loving and cherished wife Patricia Plouffe [nee Gauthier], their loving sons Richard and his wife Cynthia Plouffe, Michel and his wife Mimi Plouffe, Pierre and his wife Beverly Plouffe and Denis and his wife Edith Plouffe. Sadly missed by his grandchildren Tim, Trish, Melissa, Kevin, Jenna, Jason, Chad, Stephane, Jennifer, James, Brandon, Jeremie, Kayla, James and by fourteen great-grandchildren. Also surviving are his sisters Charlotte Plouffe, Diane and her husband Ron Thompson, Francine and her husband Germain Leveille, Doris Plouffe, Shirley Plouffe (George Filion), his sister-in-law Gisele Plouffe and by his extended family members.

Mr Plouffe's family will receive family and friends at the Buffam Leveille Funeral Home on Monday September 12, 2022 from 7 - 9pm and again on Tuesday September 13, 2022 from 9:30 - 10:45am. The memorial mass will follow at Holy Cross Catholic Church at 11:00am. Inurnment will follow at the Haileybury Catholic Cemetery Columbarium. As an expression of sympathy, memorial contributions can be made to a charity of your choice. Condolences and contributions may be left at www.buffamleveille.com