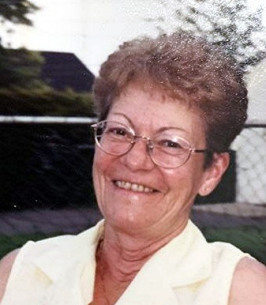 It is with deep sadness that we announce the death of Jacqueline Miron who passed away at the age of 79 in Sturgeon Falls, surrounded by her family.

She particularly wanted to thank her nieces Agathe and Gilberte as well as their husbands Robert Cloutier and Dale Kindrat for their dedication during her illness. A big thank you also to Lyne Lawson and Dr Julie Breton-Fortin for their final care.

Jackie was filled with love for her brothers and sisters and devoted to her family, the sick and the less fortunate. She will be in our hearts and memories as the one who dedicated mountains of love and hope to fill our lives with wonder. Her last words were: 'Turn It up! ' in reference to his favorite song "Go rest high on that mountain". A service is scheduled at Haileybury Catholic Cemetery. In lieu of flowers, memorial contributions to a charity of your choice will be greatly appreciated.

Mrs Miron's final care has been entrusted to Buffam Leveille Funeral Home. Condolences and contributions may be left at www.buffamleveille.com