To share your memory on the wall of John Hunt, sign in using one of the following options:

Donations are being accepted for: THE TEMISKAMING FOUNDATION.

We encourage you to share your most beloved memories of John here, so that the family and other loved ones can always see it. You can upload cherished photographs, or share your favorite stories, and can even comment on those shared by others.

Posted Jun 06, 2021 at 02:19pm
Dear MJ and family
Mike and I are sorry to read about your Dad’s passing. He lived a full and memorable life and your tender care over many years allowed him to live it to the fullest. Thinking of you.
Mike and Val Drury
Comment Share
Share via:
DB

Posted Jun 06, 2021 at 11:51am
So sorry for your great loss. He was a truly exceptional man and always made us Cobalters proud. We need more like him.
Bernie and Dave Beairsto
Comment Share
Share via:
DM 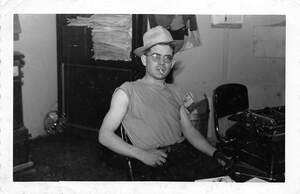