To share your memory on the wall of Lorne Gore, sign in using one of the following options:

Print
Gore, Lorne Joseph - In loving memory of Lorne Joseph Gore, who passed away at home, with his family by his side, on Tuesday, April 13, 2021, at the age of 75.

Lorne is survived by his wife Janet of 50 years, his children Warren Gore (E... Read More
Gore, Lorne Joseph - In loving memory of Lorne Joseph Gore, who passed away at home, with his family by his side, on Tuesday, April 13, 2021, at the age of 75.

He was predeceased by his parents Joseph and Ella Gore, his sons Orin and Lorin Gore; his sibling Lance Gore; his sister-in-law Louise Gore and by his niece Sara Sauve.

Lorne loved to spend time with his family and grandchildren and will be greatly missed. If desired, donations to the Children’s Wish Foundation or a charity of your choice will be gratefully acknowledged. The family would like to thank Dr. Colleen Davies and nurse Jamie Lavallee for their care. All Condolences and donations may be left at www.buffamleveille.com.
Read Less

We encourage you to share your most beloved memories of Lorne here, so that the family and other loved ones can always see it. You can upload cherished photographs, or share your favorite stories, and can even comment on those shared by others.

Posted Apr 19, 2021 at 03:18pm
We are so sorry for your loss Janet. Please pass on our condolences to the family. We are keeping you in our prayers.
Love Joel & Holly Carleton
Comment Share
Share via:
D

Posted Apr 18, 2021 at 07:08pm
Dear Janet,
50 years....a lifetime together. We are thinking of you with much love. Our deepest sympathies to you, Warren, Loren and families.
Ann & John
Comment Share
Share via:

Posted Apr 17, 2021 at 01:35pm
So very sorry for your loss Janet and family. We send our deepest sympathies. Ron & Moira Taylor.
Comment Share
Share via:
ID

Posted Apr 17, 2021 at 12:19am
Jack and I send our sincere condolences to you all.You are in our thoughts and prayers.....from Irene and Jack Drainville
Comment Share
Share via: 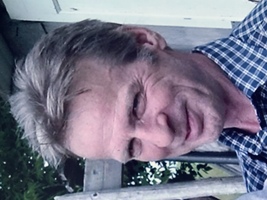