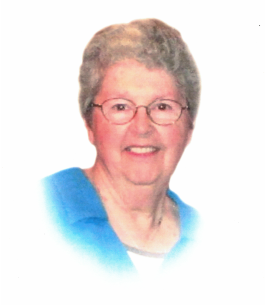 In memory of Madeleine Marie Nora Bonin, who passed away on Monday, June 6, 2022, at the age of 85, after a long and courageous battle with MSA-Parkinson's disease, which lasted several decades. Madeleine entered into silence after singing the Salve Regina and passed away peacefully two days later in the presence of her husband and soul mate Michel Tétreault.
Daughter of the late Joseph and Irène Bonin (Beslisle). Beloved sister of Dr. Raymond Bonin (Cécile Nault) and Maurice Bonin (predeceased).

Madeleine was a devout Catholic with a deep love of God and prayer. She loved her family, flowers, reflection by the lake, their maple sugar bush and singing in the choir. She loved pilgrimages to Medjugorje and bible study.
The family would like to express their sincere thanks and gratitude to the doctors and staff of the Temiskaming Hospital for their excellent care and compassion.

In keeping with Madeleine's wishes, there will be a funeral mass at St. Jean-de-Brébeuf Church in Sudbury. The family will welcome relatives and friends, Saturday July 9, 2022 beginning at 10:00 am with the funeral mass to follow at 11:00 am. Interment will follow after the service at the Civic Memorial Cemetery 365 Second Avenue North, Sudbury.

A memorial mass will take place at Holy Cross Church in Haileybury. The family will welcome relatives and friends Saturday July 16, 2022 beginning at 10:00 am with the funeral mass to follow at 11:00 am. In lieu of flowers, prayers and mass offering would be appreciated by Madeleine and the family.