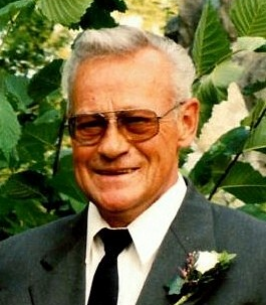 With sadness, the Meilleur Family announces the death of Normand Meilleur at the age of 76 years. Mr Meilleur passed away peacefully on Wednesday September 7, 2022 at the Tri-Town Extendicare Nursing Home with his loving family by his side.

He was born in Kirkland lake on January 20, 1946 to the late Aurele Meilleur and to the late Alma Charron. Mr Meilleur was employed at the former Sherman Mine in Temagami and was there when the mine was built and was there when the mine closed and participated in it's demolition. Following his retirement, he found more time to spend camping and fishing. Mr Meilleur was a loving husband, father, grandfather, great-grandfather, brother, uncle and friend. His presence will be sorely missed by all those who knew him.

The family would like to sincerely thank Tri-Town Extendicare Nursing Home staff and Dr Don Davies for the wonderful care and compassion they provided to Mr Meilleur.

The family will receive family and friends at the Buffam Leveille Funeral Home on Tuesday September 13, 2022 from 1:00 - 2:45pm. The memorial mass will follow at the Holy Cross Catholic Church at 3:00pm. Inurnment will take place at the Haileybury Catholic cemetery columbarium. Memorial contributions to a charity of your choice will be gratefully acknowledged. Condolences and tributes may be left at www.buffamleveille.com.