To share your memory on the wall of Rita Whalen, sign in using one of the following options:

Print
Whalen, Rita Thérèse [nee Vannier] - It is with profound sadness that the “Whalen Girls” must announce the passing of their mom Rita Whalen (Vannier) on Sunday April 25, 21.

Born in Charlton on May 5 1933 to the late Anoncéade For... Read More
Whalen, Rita Thérèse [nee Vannier] - It is with profound sadness that the “Whalen Girls” must announce the passing of their mom Rita Whalen (Vannier) on Sunday April 25, 21.

Born in Charlton on May 5 1933 to the late Anoncéade Fortier and Ernest Vannier, Rita was raised in a large family with 11 siblings and was taught very early on that “family” was the most important thing in life. A trait she was very proud to have passed down generations. She was generous, kind and thoughtful and always had room for one more at the table.
At a young age, she was selected to move away to go to school with the Dionne Quintuplets, a friendship that remained throughout her life. She then continued her studies to become a Registered Nurse where she experienced her first Pandemic “polio”. Her nursing career is how she met the love of her life Steve Whalen. Together they began their family in North Bay then moved to Haileybury where they remained and raised their girls and became a part of a wonderful circle of friends. Together they built “Steve’s Food Market” a small town grocery store that helped a lot of people and taught their daughters what it was to be part of a community that always is there to help each other out in time of need. Through all of that, she continued nursing and ended her career caring for the elderly at the Temiskaming Lodge where her compassion and true kindness was on full display for all to see.

Rita was not only an amazing mom, but she was an amazing and loving Mémère, sister, aunt and friend.
Mom taught us to work hard, play hard, to be kind and above all else, family first!!

A very special thanks to Dr. Don Davies and Dr. Philip Smith who were an amazing support and to the Timiskaming Hospital Staff who made her last days in the Palliative Suite comfortable.

Cremation has taken place and a well-deserved “celebration of life” will take place when we are able to be together. As an expression of sympathy, contributions in memory of Mrs Whalen can be made to the Temiskaming Hospital Palliative Care Program or to the Haileybury Heritage Museum. Condolences and contributions may be left at www.buffamleveille.com.
Read Less

We encourage you to share your most beloved memories of Rita here, so that the family and other loved ones can always see it. You can upload cherished photographs, or share your favorite stories, and can even comment on those shared by others.

Posted May 03, 2021 at 10:41am
Our sincere condolences to the Whalen family. Rita was a lovely warm, caring woman who was very community minded. She will be missed by everyone who had the pleasure of knowing her.

Posted Apr 30, 2021 at 03:46pm
Sending our condolences The Whalen girls and their families. Our thoughts and prayers are with you all
Len and Debbie Visinski
Comment Share
Share via:
LB

Posted Apr 30, 2021 at 01:21pm
CarolAnn, John, and Steven
We are sorry to hear about the loss of Rita. She was always such a warm and welcoming lady. A life truly well lived, and a wonderful example to emulate. Holding you close in our hearts. Laurel & Mark
Comment Share
Share via:
LS

Posted Apr 30, 2021 at 01:06pm
Sending our condolences to the Whalen family. Thoughts and prayers to you all during this difficult time. 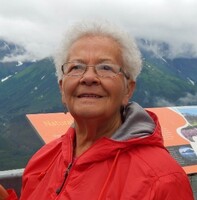