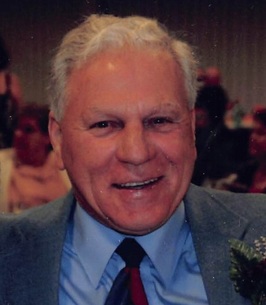 Peacefully at his home in Temagami, surrounded by his family, Robert “Bob” Louks passed away at the age of 89. Loving husband of Betty Louks (nee Auld) for 73 years. Beloved father of Jackalyn Coté (Roger Seguin), Billie (Bill) Kitts and Jill (Norm) Seguin. Survived by 4 grandchildren, 8 great grandchildren and 4 great-great grandchildren. Dear brother of Ardene Kirkland and Gordon Louks. Predeceased by his grandson Joey and son-in-law Ron Coté. Bob and his family began summer vacationing on Lake Temagami in the mid 50’s and knew then that this was where he wanted to live and raise his family. In the fall of 1958, they purchased Northern Marine and Fuel Service and shortly after changed the name to Temagami Marine. In 1971 he purchased fellow marine operator Marty Taylor’s business due to Marty’s failing health. As a result, Temagami Propane was formed. About 1977, Bob ran successfully to be part of Temagami’s first elected council and halfway thru his term he decided to sell Temagami Marine to his son-in-law Bill Kitts who is married to Bob and Betty’s Middle daughter Billie. After his council term ended, he successfully ran for Reeve and quickly became known as the Reeve who was the guy in the ditch when any problems arose with the new water or sewer systems. When Bob’s term as Reeve ended, he and Betty bought a small place in Florida where they spent the next 40 some winters. He continued to support his community and received many visits from town employees seeking advice when they encountered issues with the aging infrastructure. He loved it if he could be of any assistance. He also held the contract to care for the navigation markers on Lake Temagami for about 25 years. Rest in peace Bob. Cremation has taken place at Lakeview Crematorium, Haileybury. Respecting Bob’s wishes, there will not be a funeral service. Arrangements entrusted to Buffam Leveille Funeral Home 705-672-3122. As expressions of sympathy memorial donations may be made to The Temagami Community Foundation. Online condolences accepted at www.buffamleveille.com