To share your memory on the wall of Roderick Perrier, sign in using one of the following options:

Donations are being accepted for: Kids Kicking Cancer Canada Corp..

We encourage you to share your most beloved memories of Roderick here, so that the family and other loved ones can always see it. You can upload cherished photographs, or share your favorite stories, and can even comment on those shared by others.

Posted Apr 24, 2021 at 09:33pm
I will never forget rides in the truck bed with the cap on as a kid! What a time to be alive. Thank you for bringing joy to my childhood Rod! Rest easy. Thinking of you Jamie, Geoff, Elaine, Nikki, Lisa, Norman, Richard and family. Xx

Posted Apr 23, 2021 at 09:06pm
Elaine, Norman, Lisa, Richard Jimmy, and Nikki, My deepest sympathy on the loss of Rod, I only got to meet him a few times but he was a very devoted, husband, stepfather, grandfather, and great grandfather. May you find peace in the memories you had together and knowing he is no longer in pain. God bless, love Mardy Howe
Comment Share
Share via:
PA

Posted Apr 23, 2021 at 01:13pm
My sympathy to all the family. Always enjoyed being around Rod at our Jam's session every Wednesday night. Always had good laughs together and enjoyed his company. From JP & Pauline.
Comment Share
Share via: 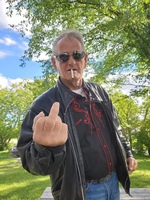 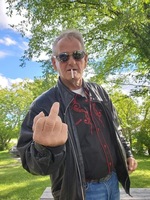 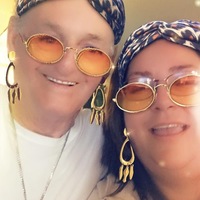