To share your memory on the wall of Roger Lapointe, sign in using one of the following options:

Print
It is with great sadness we announce the unexpected passing of Roger Regis Lapointe, in his 77th year, on Sunday February 7th, 2021, at Temiskaming Hospital.


Roger was born in Sturgeon Falls, Ontario on March 25, 1944 and lived ... Read More
It is with great sadness we announce the unexpected passing of Roger Regis Lapointe, in his 77th year, on Sunday February 7th, 2021, at Temiskaming Hospital.


Roger was born in Sturgeon Falls, Ontario on March 25, 1944 and lived on the family farm in Crystal Falls, Ontario until age 15 when he moved to Latchford where he began his varied career by working on the Latchford bridge. He remained in this area and retired doing the job he loved as Works Superintendent for the Town of Cobalt. He was blessed to work with a great team of co-workers.

Roger was predeceased by his father, Francis Lapointe, and his mother, Irene Carrier Lapointe. He is survived by his beloved wife Mary Ann, loving children, Louanna (Eddie), Roger (Marjolaine), Stanley (Pam), Steven (Sherry), Jamie (Denise), Jason (Amanda) and Jeffrey (Lindsey). He was a proud grandfather to Jenna, Morgan, Kasey, Ashley, Sean, Candice, Meagan, Jacob, Sasha, Allison, Jennifer, Alex, Erika, Lucas, Ella and Harrison, and great grandfather to Hunter, Emma, Rheya and Jacob. He was also a dear brother to Yvette Brillinger (Frank) and Yvonne Quenneville (Louis). He will be fondly remembered by his many nieces, nephews, cousins, extended family and many good friends.


Anyone who knew Roger, knew that he was the most loving husband, father and grandfather. Family came first and above all else to Roger. He always looked forward to his coffee dates with his buddies and the time he spent with his sisters, who meant the world to him. He loved to travel with the love of his life and share all his stories when he returned home. He loved to tease Mary Ann. She always had to be “on the ball”. They were made for each other and you would witness this when they were on the dance floor. He was often called a “gentle giant” and those who knew him knew how true this was. There was not anything Roger couldn’t do or any instrument he couldn’t play. He was Jack of all trades and more than willing to lend a helping hand. For almost 40 years Roger was dedicated to the Cobalt Volunteer Fire Department where he made a lot of great memories and many treasured friendships.


In keeping with Roger’s wishes, cremation has taken place at Lakeview Crematorium, Haileybury. Due to the pandemic a celebration of Roger’s life will be held at a later date when we can be together and share our beloved memories. Memorial contributions in Roger’s memory can be made to a charity of your choice. Condolences may be left at www.buffamleveille.com.
Read Less

We encourage you to share your most beloved memories of Roger here, so that the family and other loved ones can always see it. You can upload cherished photographs, or share your favorite stories, and can even comment on those shared by others.

Dave & Nancy & family and Donna and Gary Martin sent flowers to the family of Roger Regis Lapointe.
Show you care by sending flowers

Posted Feb 13, 2021 at 08:56am
I’m sad to learn of Roger’s passing. My parents, Bert and Marg, had great respect and affection for Roger. My deepest condolences to Mary Ann and family.

Posted Feb 12, 2021 at 10:40pm
So sad to hear of Roger's passing Mary Ann. Our thoughts and prayers are with you and your family during these trying times.
Joan and Len Lefaivre
Comment Share
Share via:
ML

Thank you Joan and Len

Posted Feb 12, 2021 at 11:22am
So sorry to hear of your loss Mary Ann, Roger was a wonderful man...you were the perfect couple.
Our thoughts and prayers are with you and your family...Hugs
Lorrie and Chopper Cameron
Comment Share
Share via:
ML

Nice hearing from you Lorrie. Thank you for the kind words.
LG

Posted Feb 10, 2021 at 12:14pm
On behalf of the Dessureault family, please accept our deepest condolences. Our thoughts are with you during this difficult time.
Comment Share
Share via:
HO

Posted Feb 10, 2021 at 11:49am
Louanna and family - I am so sorry to learn of your Dad's passing and wish to convey to you my deepest sympathies. My thoughts and prayers are with you and your family and trust that your memories will sustain you in the days to come. Helen Olson
Comment Share
Share via: 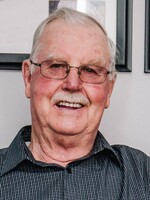 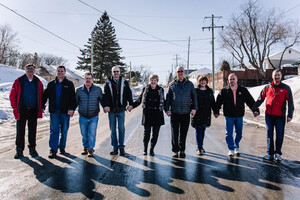 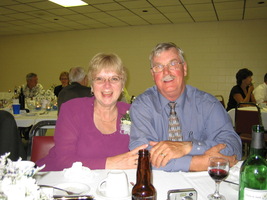 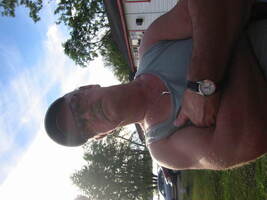