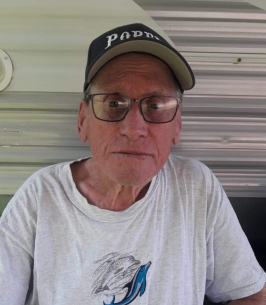 With sadness the family announces the passing of Roland "Popeye" Forcier at the age of 85 years. Rolly passed away at the Temiskaming Hospital surrounded by family on October 18, 2022.

Predeceased by his loving wife Margaret, his brothers Roger, Armand and Lionel and his sisters Anne, Lucille and Edna.
Rolly is survived by his brother Roville and sadly missed and forever remembered by his children, grandchildren and great grandchildren.

Rolly's family wish to extend a sincere thank you to all nurses and doctors at the Temiskaming Hospital for the wonderful care he received during his stay there.

Rolly's final care has been entrusted to Buffam Leveille Funeral Home. As expressions of sympathy, memorial donations may be made to the Alzheimer's Society of Ontario. Online condolences accepted at buffamleveille.com.