To share your memory on the wall of Ronald Barrett, sign in using one of the following options:

Print
…I shall be telling this with a sigh
Somewhere ages and ages hence:
Two roads diverged in a wood, and I—
I took the one less traveled by,
And that has made all the difference.
Robert Frost

Ronald Grant B... Read More
…I shall be telling this with a sigh
Somewhere ages and ages hence:
Two roads diverged in a wood, and I—
I took the one less traveled by,
And that has made all the difference.
Robert Frost

He certainly took the road less traveled, all over the world and back with many rowdy companions enjoying the adventure, including his wife Thea (deceased), who put down beautifully arranged and spotless roots wherever they chose to live. Ron was the self-appointed supervisor.

Ron leaves behind a family who will miss his incredible sense of humour and the reservoir of wisdom he imparted readily with a twinkle in his eye. He leaves his daughter Nicole, her wife Kim, and his daughter Michelle, husband Scott, and grandchildren Emma, Mac, Cooper, and Layna.

Ron was the eldest of 6 brothers who supported, teased and broke furniture with each other throughout their lives. Ron was predeceased by brothers Thomas and Graeme. The remaining brothers Stanley and wife Kaye, Robert and wife Regina, and Morley and wife Rita, were a daily confirmation of indelible kinship ties, and their deep connection was an inspiration.

Ron’s life was lived with shrewd intelligence, contemplation, and a generous splash of daring. Through many careers on every continent, delicious food and bottles of wine; fishing; playing sports; and creating friends and admirers wherever he went. His stories are the stuff of legend and will keep being told through tears of joy and laughter, embellished as he would want them to be.

In keeping with Ron's wishes, cremation has taken place at Lakeview crematorium, Haileybury. Memorial contributions can be made to a charity of your choice. Condolences and contributions may be left at www.buffamleveille.com.


Memorial contributions can be made to a charity of your choice. Condolences and contributions may be left at www.buffamleveille.com.
Read Less

We encourage you to share your most beloved memories of Ronald here, so that the family and other loved ones can always see it. You can upload cherished photographs, or share your favorite stories, and can even comment on those shared by others.

Posted Feb 04, 2021 at 11:44am
Please accept our most heartfelt sympathies for your loss... Our thoughts are with you and your family during this difficult time.

3 trees were planted in the memory of Ronald Barrett

Posted Jan 30, 2021 at 07:55pm
My mom's (Alice) birthday is February 2nd (groundhog day) and Grampa Barrett, uncle Ron's father used to ring her on her birthday and ask her if she saw her shadow. Ron took over after Grampa passed away and would ring my mom every year and ask her the same question. After we moved to Australia, Ron would write me letters from Malta, or Libya, or wherever he was, asking after my family and letting me know what he and Thea were up. That was Ron.

Posted Jan 25, 2021 at 10:01pm
Ron was a very good bridge partner of mine and was fun to play with. When I visited he always brought out the cards for a crib game and usually won. I enjoyed his company and will miss his stories about his work all over the world. Doug Martin
Comment Share
Share via:
MP

Posted Jan 24, 2021 at 04:41pm
Thank you Ron for all the positivity you gave me. From my early childhood to my career start, your heart and wisdom was involved, ensuring I would not falter. Your keen situational awareness allowed you to see the full spectrum of life's potential, and with daring purpose, laughter and intelligence, you never hesitated to forge ahead, even when that took you far from home. As your health declined, you tended gardens and cheered your fellow patients. You made the best of every day, not just with a happy attitude, but by creating happiness for others, with your genuine interest and actions.
Playwright Jack Thorne said, "Those we love never truly leave us. There are things that death cannot touch."
Goodbye amazing cousin. I send you so much love, and as you would understand, so many snowballs. Melodie
Comment Share
Share via:
RM

Posted Jan 23, 2021 at 04:03pm
My heart breaks as I read this. He was such a remarkable man. We shared our stories of our illnesses, giving each other pep talks when we needed it most. Always a gentleman, but a teaser at the best of times lol. I was torn between vehicle purchases, he sat me down, and we researched the vehicles on his IPad. Yes, I bought the best car of them all lol. It was a pleasure to care for him at The Lodge during his stay, it was sad to see him go...but we knew it was best. And at his persistence, I went off work at that time too. I dont have to tell you just how special of a man he was....he's forever in my heart. My sincerest condolences to his entire family. 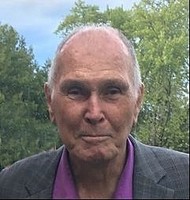 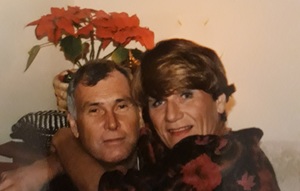 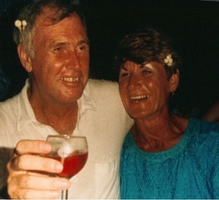