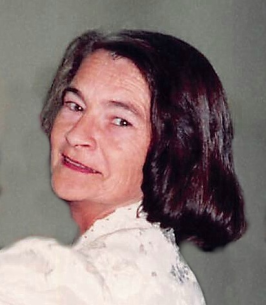 It is with profound sadness and deep love that the family of Sheila Catherine Belanger announces her passing on March 22 after a long, valiant struggle with cancer and COPD. Sheila passed away at age 85 with daughter Jean by her side at Temiskaming Hospital.

Sheila was a devoted wife to the late Peter, mother to Sharon Lefebvre, the late Glen Belanger and Jean Belanger. Sheila was grandmother to Eric Garreau (Leighann), Jennifer Miller, Christopher (Jennifer) Garreau and Cory (Daisy) Garreau, Tim Clavelle, Chrissie (Mike) Stirling, Jeanette Belanger, Glen Jr. Belanger (Thea), Samantha Belanger (Scott), and D’Arcy Lefebvre (Heather). She was a great grandmother to Hannah, Brandon, Faith, Brooke, Briar, Lance, Dawson, Noah, Riley, Taylor, Emily, Clara, Connor, Ethan, Dawson, Belamy, Colton, Taylor, Jaiden, Izabelle, Alexandra, Ashton, Breanne and great-great grandmother to Noah, Vivienne, Lenna, Laila, Riley, Charles and Rilee May. She leaves behind her devoted pets; Lucky, Minou and Lily. Sheila is fondly remembered and missed by Frances Lefebvre, whom she referred to as a daughter, and by her friend Ron Cloutier who was also her caregiver and friend as well as by many nieces and nephews.

Sheila was raised in North Cobalt and predeceased by her parents; Norman and Flora (Taylor) Hewitt of that community. She was also predeceased by husband Peter, her son Glen, her brothers Clifford, Norval and Dennis.

Sheila was very active in Sgt Aubrey Cosens VC, Branch 629 of the Royal Canadian Legion where she was a charter member of the Ladies Auxiliary and served in most of the executive chairs including President and was a charter member of the Ladies Auxiliary to the Latchford Volunteer Fire Department while it functioned. She loved her card games and not only played them but voluntarily organized them for others for many years at the Legion and was always a valued volunteer contributor to community suppers and other events at the Branch.

The family wish to extend sincere thanks to Dr Gretchen Roedde who cared for Sheila during her last years and to Dr Goddard and the staff at Temiskaming Hospital where she passed. Further thanks are sincerely extended to her friend Sue Smerdon who cared for Sheila on numerous occasions.

A celebration of life for Sheila will be held on Saturday July 30, 2022 at Sgt Aubrey Cosens VC Legion Branch 629 in Latchford beginning at 2:00pm. Everyone is welcome. Condolences and tributes may be left at www.buffamleveille.com Donations in Sheila’s memory can be made to the Canadian Cancer Society or Sgt Aubrey Cosens VC Br 629 of the Royal Canadian Legion.