To share your memory on the wall of Fernande Mercier, sign in using one of the following options:

The family announces with great sadness her death in Haileybury on Friday, January 29, 2021 at the age of 85. Mrs Mercier passed away at Temiskaming Lodge with her loving daughters by her side.

The family announces with great sadness her death in Haileybury on Friday, January 29, 2021 at the age of 85. Mrs Mercier passed away at Temiskaming Lodge with her loving daughters by her side.

Daughter of the late Henri Leclerc and the late Antoinette Thibeault. Predeceased by her beloved husband Raymond Mercier, her grandsons Mathieu Tremblay and Baby Gabriel Rivard as well as brothers and sisters.

Mrs Mercier had lived in Cochrane for many years before retiring to Notre-Dame-du-Nord followed by New Liskeard. She is remembered as a devoted mother and grandmother. She will be sorely missed.

Due to the pandemic a memorial service will be held at Sacré-Coeur Church in New Liskeard at a later date. Memorial contributions in her memory to the Alzheimer Society or to the Temiskaming Lodge Auxiliary will be gratefully acknowledged. Condolences and memorial contributions may be left at www.buffamleveille.com.
Read Less

We encourage you to share your most beloved memories of Fernande here, so that the family and other loved ones can always see it. You can upload cherished photographs, or share your favorite stories, and can even comment on those shared by others.

Posted Feb 02, 2021 at 01:29pm
I am very sorry to hear about the passing of my deceased wife's (Diane ne Beaudry) aunt. She had very fond memories of her from her days in Cochrane . I also have the pleasure of meeting Raymond Mercier, Linda, Doris and Nicole. Please accept my sincere condolences. May her soul rest in peace.🙏🙏
Mahendra Thaleshvar
Comment Share
Share via:
FB

Posted Jan 31, 2021 at 12:53pm
Please accept our condolences for the loss of your mom. Losing a mom is one of the most painful things to get through but with time, the joy of the wonderful memories will dull the pain. I know, I went through it. 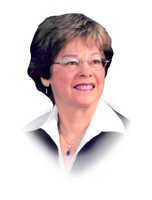