To share your memory on the wall of Pauline Duff, sign in using one of the following options:

Donations are being accepted for:
HEART AND STROKE FOUNDATION OF ONTARIO ALZHEIMER SOCIETY OF ONTARIO

We encourage you to share your most beloved memories of Pauline here, so that the family and other loved ones can always see it. You can upload cherished photographs, or share your favorite stories, and can even comment on those shared by others.

Posted Mar 29, 2021 at 09:13pm
Bob and Barb,
Sorry to hear about the loss of you Mom. As you know I spent many hours in your home where she always treated me as family. She was a very special person to me and I will never forget her.
Comment Share
Share via:

Posted Mar 29, 2021 at 10:13am
Dear Barbara , Bob & families, so sorry to hear of your Mom's passing. She was always a happy and beautiful lady, always glad to have a chat with everyone. She came to Golden Luncheon at the Baptist Church and she enjoyed that so much, always knew who I was and wanted to know how my brother Doug was, she never forgot the times Doug spent at your home . Keeping you in my thoughts and prayers as you mourn her passing . Sincerely Marion.
Comment Share
Share via: 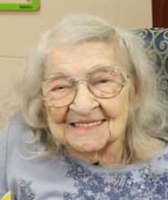